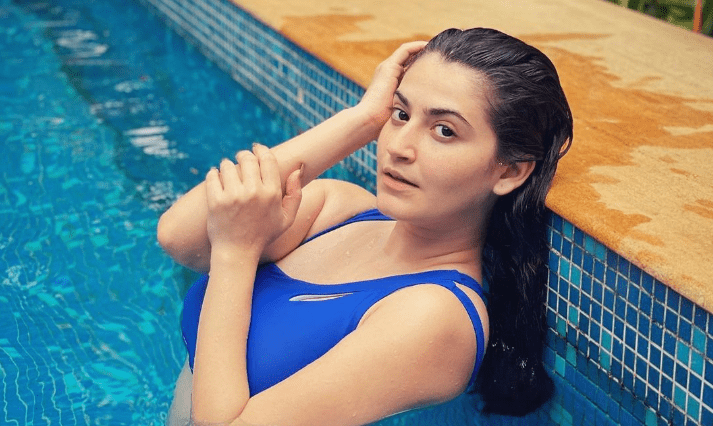 Shivaleeka Oberoi is an Indian entertainer, model, and aide chief. She has been given in films such a role as Yeh Saali Aashiqui, Khuda Haafiz, and Khuda Haafiz: Chapter II – Agni Pariksha.

In 1967, her granddad Mahavir Oberoi created a Bollywood film named Sheba and Hercules.

In the wake of moving on from Mumbai University, Shivaleeka Oberoi started working at Nadiadwala Grandson Entertainment and proceeded to act as an associate chief on Kick (2014) and Housefull 3 (2016).

She made her most memorable dramatic film appearance as Mitali “Mitee” Deora in the 2019 Hindi-language heartfelt spine chiller film Yeh Saali Aashiqui. She co-featured in the film inverse Vardhan Puri.

She has additionally showed up in the music recordings for melodies like Choti Galtiyan by Papon, Rehna Tere Paas by Armaan Malik, Saiyyonee by Yasser Desai and Rashmeet Kaur, and Soulmate by Akull and Aastha Gill.