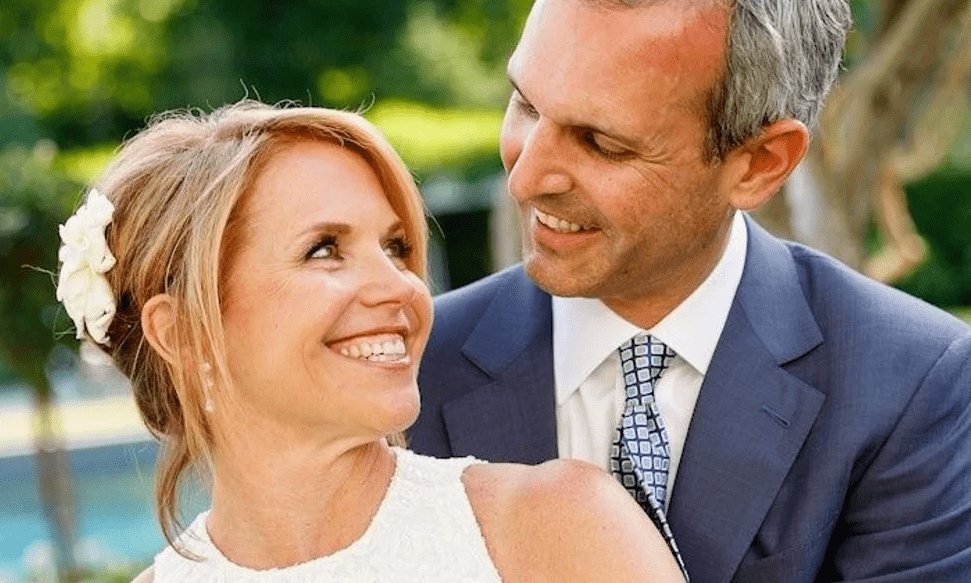 John Molner is the spouse of amazing anchorperson Katie Couric. The pair marry on June 21, 2014, at her private home in the Hamptons.

Couric is as of late advancing the arrival of her journal, Going There. The life account book is relied upon to come out on October 26, 2021.

Katie is known for her work on CNN and NBC news. She additionally functioned as Yahoo’s Global News Anchor from 2013 to 2017.

John Molner had minor disease or medical issues quite a while in the past.

Optimistically speaking, Molner appears to be solid and cheerful in 2021. Both the pair are exceptionally cognizant with regards to their wellbeing.

From that point forward both the pair are cognizant with regards to their way of life. The couple is regularly seen doing a colonoscopy.

Katie much of the time honors her late spouse. She has incorporated her opening up in her new journal about his last days.

John Molner and his better half Katie Couric wedded on June 21, 2014.

Katie was acquainted with her better half John by her old buddy Molly.

Couric has no youngsters with her new spouse, John. Notwithstanding, he is additionally the gatekeeper of Katies’ two girls from her past marriage.

They are Ellie, 30, a Yale graduate, and Carrie, 25, who moved on from Stanford.

John Molner is 58 years old starting at 2021. He was born on January 21, 1963. This makes him an Aquarius according to the visionary sign.

John is portrayed by his better half as a “finance fellow.” He went to Trinity College and has a Master’s certificate in Business Administration.

Following quite a while of banking vocation, he resigned in 2014. As of now, she fills in as the Senior Adviser to BHH Capital Partners.

John has co-featured in a cooking show named, Full Plate With Katie and John. He additionally helped to establish the Katie Couric Media.

Molner is seen dynamic on Instagram. He typically shares a lot of recollections with his significant other and youngsters.

His profile is under the username @johnmolner and has amassed more than 41.2 thousand supporters.