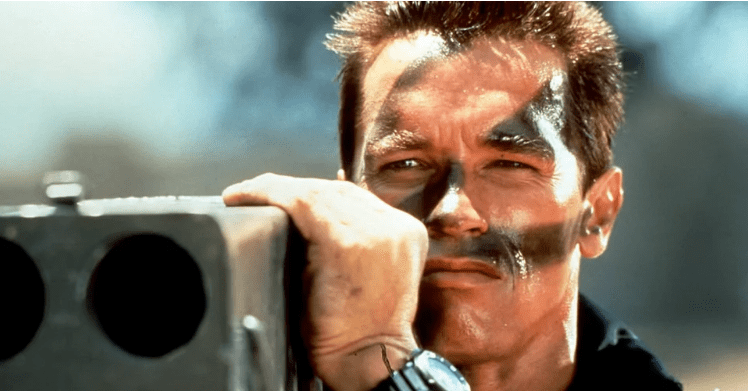 Commando actor Vernon Wells says there was talk of a prequel to the classic Arnold Schwarzenegger action film, and even drops story details.

Vernon Wells says a Commando movie prequel was at one time in the works, and even reveals story details. Released in 1985, Commando was a key film in Arnold Schwarzenegger’s development from a movie novelty act into a bona fide action hero.

With its plot about a special forces soldier trying to rescue his kidnapped daughter (the same plot would be reworked years later by Liam Neeson’s Taken), Commando showed that Schwarzenegger could play straight forward action movie roles and didn’t have to spend his career portraying near-mute fantasy figures or lumbering robots from the future. The movie was of course utterly ridiculous, as so many Schwarzenegger action vehicles are, but it went on to become a huge favorite on cable TV and a cult classic. Filled with iconic one-liners, the movie is fondly remembered today as one of Schwarzenegger’s most entertaining ‘80s films.

Given the on-going popularity of Commando, it has long seemed inevitable that someone would revisit the film as a reboot or sequel. In fact, Commando star Wells has revealed in a new interview with Forbes that at one time there was talk of a prequel bringing back the characters of John Matrix and Bennett and exploring what happened to them before the events of the original film. Wells said:

“Somebody in the business said to me a while ago that they’re thinking of doing another Commando. I thought they meant a reboot, so I was like, ‘They can’t redo Commando. It’s a classic. It’s so kitsch,’ but they said they’re not planning on redoing it, they’re thinking of doing a prequel and putting me in it. That would work. They were thinking of doing the prequel about where it all started, how the relationship soured between us, how I became the villain, and how Arnie’s character Matrix became the good guy. Rumors are flying around all the time, but it was interesting that somebody was seriously talking about it. And we don’t know for sure that Bennett died. He might not have.”

In the original film, Wells plays the bad guy Bennett, a former Green Beret colleague of Schwarzenegger’s John Matrix who kidnaps Matrix’s daughter Jenny (Alyssa Milano), thus bringing Matrix’s wrath down on himself and all his fellow mercenaries. Clearly, such a scenario is ripe for the prequel treatment as there’s plenty of backstory to explore involving Matrix’s former unit, which included Bennett before he went off the rails.

Of course, all these many years after the original film was released, the roles played by Schwarzenegger and Wells would have to be recast (unless someone wanted to invest a lot of money in deaging special effects). And even though Commando is still a well-liked movie among Schwarzenegger fans, it’s fair to ask if general audiences would have any interest whatsoever in a prequel to a movie that does not live on very prominently in the overall pop culture consciousness. Certainly, Commando is not as huge to the general public as something like The Terminator, and even Terminator has seemingly run out of gas as last year’s bomb Dark Fate proved.

When it comes to Schwarzenegger properties that warrant a revisit, Commando is probably not very high on the list. But perhaps as a low-budget action movie targeted specifically at fans of ‘80s films, a movie about a young John Matrix would be something worth pursuing. At the very least, the movie could address the burning question of whether John Matrix is really his name (because that is a truly ridiculous name).

Alyssa Milano) Arnold Schwarzenegger popularity of Commando
YOU MAY ALSO LIKE...
COMMENTS
We use cookies on our website to give you the most relevant experience by remembering your preferences and repeat visits. By clicking “Accept”, you consent to the use of ALL the cookies.
Cookie settingsACCEPT
Manage consent