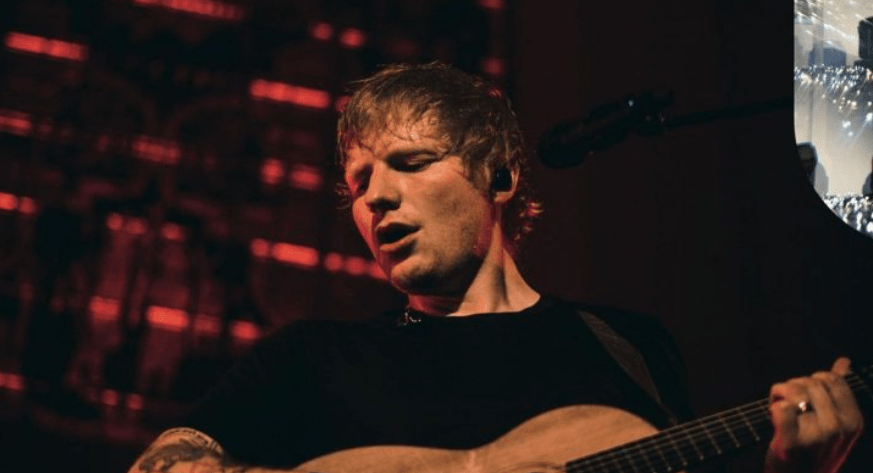 On December 30, Goulding, 36, took to her TikTok handle to upload a video of herself dancing to Harry Styles’ hit song, As It Was. The footage prompted one user to comment:

Ellie Goulding and Ed Sheeran first sparked romance rumors in 2013 after they were spotted holding hands while sitting together in the crowd during the MTV Video Music Awards.

In August of the same year, Goulding sparked dating rumors with Niall Horan after the duo were seen getting cozy at the V Festival in England, as per UK’s news outlet The Mirror.

After Ellie Goulding’s picture with Ed Sheeran went viral, the Burn singer addressed the rumors on her Twitter handle. At the time, she tweeted (via E! News):

“I love that holding hands with my friends means we’re an item. In that case I am in many relationships. Lover not a hater. #whatthef–k.”
But while speaking with a Seattle radio station a month after the picture went viral, Ed Sheeran hinted that there was more to the story than just that.

In 2014, Ed Sheeran released his song, Don’t, which several fans speculated talked about the love triangle between him, Horan, and Goulding.

The Weeknd’s hit 2019 song “Blinding Lights” is the most-streamed song on Spotify, with over 3.335 billion streams 📀

The record was previously held by Ed Sheeran’s 2017 hit “Shape Of You” which was roughly at 3 billion streams in April. pic.twitter.com/wyhcWPIEeo

“And I never saw him as a threat until you disappeared with him to have s*x / It’s not like we were both on tour / We were staying on the same f–king hotel floor. And I wasn’t looking for a promise or commitment / But it was never just fun, and I thought you were different.”
In 2015, Sheeran told Entertainment Weekly that his team worked to remove a story that stated Don’t was about Ellie Goulding and Niall Horan’s alleged affair while she was with him.

“We got in touch, and they took the story down. But obviously the damage had already been done by that point because every other newspaper picked up on it.”
While speaking with Elle UK in 2015, Ellie Goulding stated that she went on a few dates with Niall Horan but was never in a relationship with Sheeran.