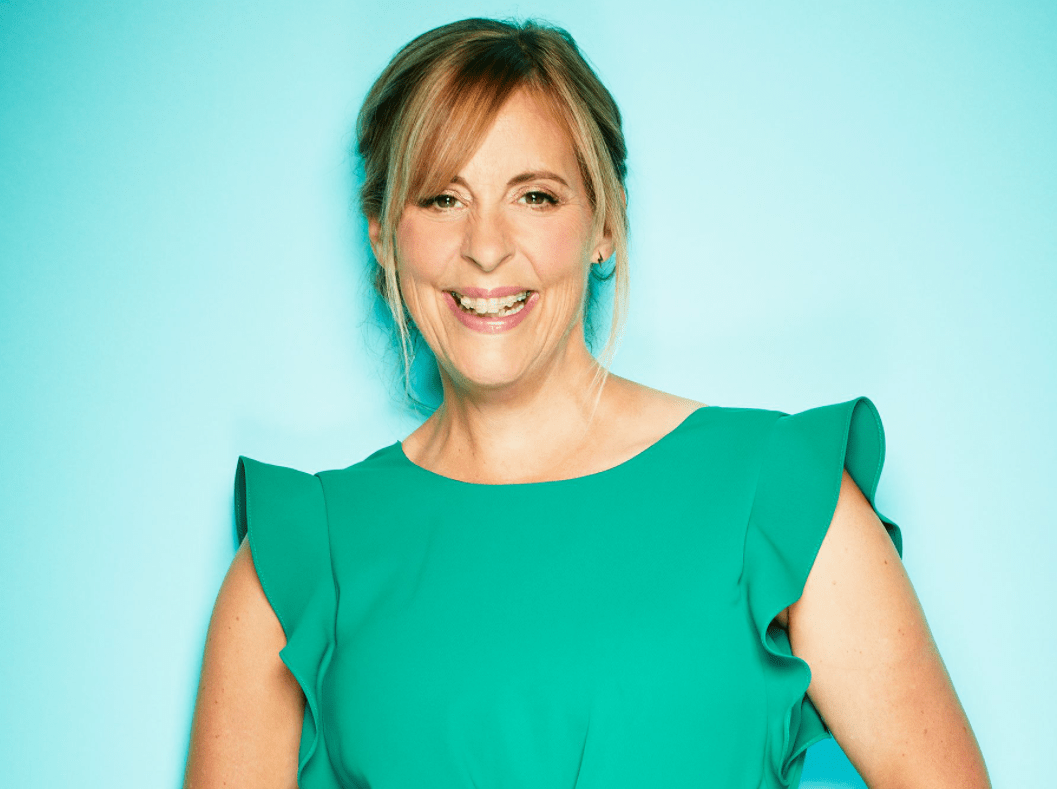 Mel Giedroyc is a British entertainer, jokester, and TV moderator.Giedroyc visitor facilitated a release of The One Show with Alex Jones on November 12, 2014.

She co-facilitated the BBC program Let It Shine in mid 2017. Mel Giedroyc’s better half, Ben Morris, is a TV chief and LAMDA instructor, and two or three has two kids together.

Coky Giedroyc is a movie and TV chief, while her other sister, kids’ creator Kasia, is hitched to British diplomat Philip Parham. Mel Giedroyc is the fourth child in a group of four. Rosemary “Ruddy” Cumpston, her mom, is an Englishwoman.

Her dad, Michal, was an airplane creator who died in December 2017. Mel Giedroyc is highlighted on the authority page of Wikipedia, and her profile incorporates data with respect to her initial life, vocation, and individual life.

She is 53 years of age starting at 2021 yet looks pretty and lively. In spite of the fact that Mel was born on June 5, 1968, in Epsom, she experienced childhood in Leatherhead.

Mel Giedroyc went to the esteemed Oxford High School prior to selecting at Trinity College, Cambridge. Giedroyc is generally referred to for his work as a joke artist and as a moderator with Sue Perkins.

Mel has long stretches of aptitude in different callings and many types of revenue, so we can expect she procures a lot of pay and has a total assets of around 1,000,000 dollars. Mel Giedroyc is dynamic under the Instagram handle @melgiedroyc, which she utilizes frequently.

She has acquired 7,466 supporters and presented 39 posts on date. Other than Instagram, Mel likewise utilizes a Twitter account under the username @MelGiedroycShow, which she participated in March 2017.

Mel Giedroyc played Sarah in the Stephen Sondheim melodic Company, resuscitated in the West End in 2018. She co-facilitated the BBC Radio 2’s Saturday morning show with Lee Mack on September 6, 2014, and BBC program Let It Shine on Saturday evenings in 2017.

Starting on April 16, 2016, she started facilitating a Saturday noon show on Magic Radio from 1 to 3 p.m. Giedroyc and Sue Perkins have co-facilitated different projects together, including Channel 4’s Light Lunch.