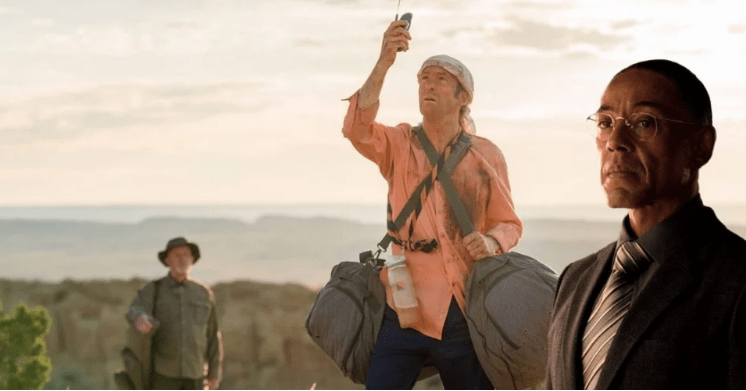 Breaking Bad and Better Call Saul creator Vince Gilligan addresses continuity confusion regarding the connection between Saul Goodman, Mike Ehrmantraut, and Gustavo Fring. Better Call Saul takes place in the Albuquerque universe and begins six years before its flagship series. In five seasons, the story of Jimmy McGill’s transformation into Saul Goodman has crossed over with more than a few Breaking Bad characters. The most prevalent crossover characters are Mike Ehrmantraut and Gus Fring; not only do they appear but are major players.

Better Call Saul has two main sporadically intersecting narratives: Jimmy’s descent and Mike’s introduction to the Albuquerque drug scene. Despite Jimmy’s encounters with the Salamancas and Nacho Varga, he remains ignorant of Mike’s involvement with Gus Fring. The “Chicken man” and drug kingpin’s feud with the Salamancas is a major plot thread of Better Call Saul. In the season five episode ‘Bagman,’ Jimmy is ambushed while picking up Lalo Salamanca’s bail money. To ensure Lalo’s release (so that Gus can eliminate him), Mike saves Jimmy. The two characters (who have known each other since Mike was a parking lot attendant) seemingly bond in the desert. 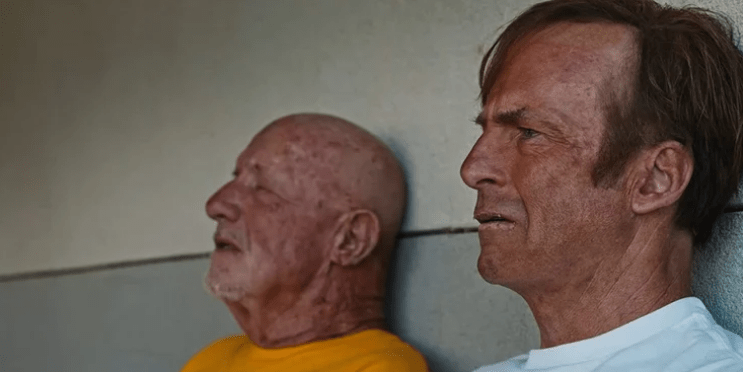 In Breaking Bad, Jimmy aka Saul often uses Mike as a fixer. Their relationship is purely professional; Saul even finds Mike threatening — a far cry from what we see in season five of Better Call Saul. At one point, Saul describes his connection to Gus as “I know a guy, who knows a guy, who…knows another guy.” Unless this isn’t meant to be taken literally, Saul doesn’t know Mike works for Walter White’s boss and eventual adversary — a confusing outcome given everything Jimmy witnesses in Better Call Saul. In an interview with Rolling Stone, Vince Gilligan addresses this supposed continuity issue by referencing Hogan’s Heroes. In the ’60s sitcom, Sgt. Schultz continuously invokes the phrase, “I see nothing! I know nothing!” This is to say that Jimmy aka Saul chooses to remain ignorant of Mike’s associates out of fear.

In that same interview, Better Call Saul co-creator Peter Gould talks about the effect “Bagman” had on Jimmy and Mike’s relationship. While acknowledging their bond in the spinoff series appears stronger than in Breaking Bad, Gould also reasserted the importance of Better Call Saul’s final season: “If you remember [in Breaking Bad], there were times when Mike threatened to break Saul Goodman’s legs, and he absolutely meant it. We’ll have to see how he gets there.”

Both Gilligan and Gould’s comments are consistent with what fans saw in the season five finale of Better Call Saul. Following Lalo’s interrogation of Kim and Jimmy, the latter goes to Mike’s apartment asking to be kept in the loop. Jimmy inquires as to why he had to lie to Lalo and who he had to lie for. Mike tells Jimmy that “it’s not his concern”— again stressing to Jimmy the importance of staying in the dark. While Mike does divulge Gus’ plans for Lalo, one has to imagine the pair won’t be growing any closer in season six. The show’s astute writers will no doubt draw vivid lines between season five and their contemptuous relationship in Breaking Bad.

Featured Kim and Jimmy Peter Gould Vince Gilligan
YOU MAY ALSO LIKE...
COMMENTS