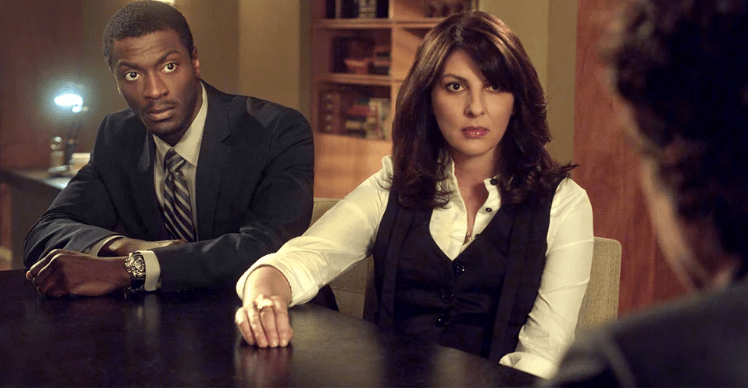 TNT’s classic series Leverage is being resurrected on IMDb TV, with a large chunk of the same creative team and series stars still onboard.

IMDb TV is kicking things off with a bang by bringing back Leverage as its first original program. The original iteration of the crime drama premiered on TNT in 2008 and lasted 5 seasons, even spawning a roleplaying game and a South Korean remake. Despite its relatively short run, there’s no doubt the show left a lasting impression on the pop culture landscape.

For the uninitiated, Leverage is a modern-day Robin Hood tale from executive producers Jon Rogers and Dean Devlin (who also produced The Librarians), as well as Chris Downey (Suits). In it, four mastermind criminals con the rich and powerful out of their assets for the greater good – and crack some brilliant one-liners while they do it.

One of the biggest reasons for the show’s success was its cast, which makes the news of the reboot so promising. According to Deadline, Amazon’s new streaming service has ordered a “reimagining” of Leverage with several original cast members. Beth Riesgraf as Parker, Gina Bellman as Sophie, and Christian Kane as Eliot will all return to the fold as series regulars. Meanwhile, Aldis Hodge will appear as Alec Hardison in a recurring capacity that is subject to his City On A Hill schedule for Showtime.

Timothy Hutton will understandably not be returning after the recent allegations, but there will be an addition to the cast in the form of multiple Emmy nominee Noah Wyle. The actor previously played Flynn Carsen in TNT’s The Librarians, making the decision to team-up with its creative team once more a natural fit. Devlin is back as executive producer with, Rogers and Downey acting as consulting producers in the new iteration.

IMDb TV launched in January of 2019, though it was previously named Freedive. Up to now, it has licensed movie and television titles, but Leverage marks a new phase of its existence with original content coming to the forefront. In the age of streaming wars, especially given how the current times require more people to stay at home, it will be interesting to see how IMDB fares with an ad-supported service. There is no word yet whether the advent of new programs means the platform will move to a paid tier, but as of now there is no additional cost.

Nostalgia seems to be a strong factor in programming new series lately, but the most well-received efforts seem to be the ones that combine the creative minds behind the original with a fresh and innovative take. While details on the new Leverage series are scarce, the executive producers’ track records speak for them in the interim.

Leverage Robin Hood Timothy Hutton
YOU MAY ALSO LIKE...
COMMENTS
We use cookies on our website to give you the most relevant experience by remembering your preferences and repeat visits. By clicking “Accept”, you consent to the use of ALL the cookies.
Cookie settingsACCEPT
Manage consent