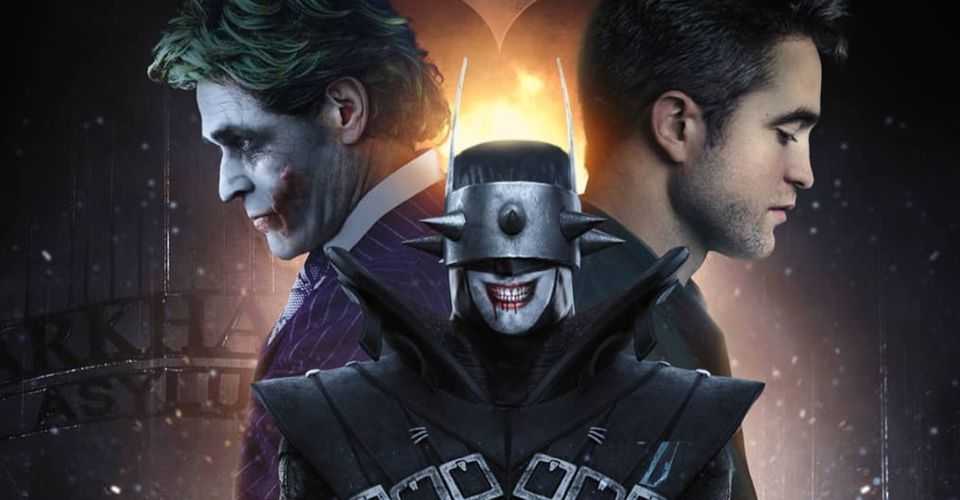 A marvelous fan-made banner for a speculative The Batman Who Laughs film gives Robert Pattinson a role as Batman and Willem Dafoe as the Joker.

A fan-made banner for a speculative The Batman Who Laughs film gives Robert Pattinson a role as Batman and Willem Dafoe as the Joker. The two on-screen characters co-featured in the spine chiller The Lighthouse simply a year ago to extraordinary basic recognition, and both are no aliens to the comic book kind. Dafoe played the Green Goblin in Sam Raimi’s Spider-Man, and Pattinson will play Bruce Wayne himself in Matt Reeves’ up and coming The Batman. Creation on The Batman started not long ago, however it was just a fourth of the path into shooting when things were closed down due to the coronavirus pandemic. On account of the U.K’s. new coronavirus rules, The Batman could continue work soon, however nothing has happened right now.

The Batman will highlight a decent number of recognizable enemies from the funnies, similar to the Penguin (Colin Farrell) and the Riddler (Paul Dano). Up until this point, however, it doesn’t appear to incorporate Batman’s most noteworthy lowlife: the Joker. While he likely won’t be in The Batman, it’s expected that any future films featuring Pattinson’s Batman might one be able to day incorporate the Joker. This implies the entryway is all the way open for fans to conjecture who might be the best Joker to take on Pattinson, and Dafoe has really been among their likely competitors.

Visual craftsman Psychboz is unmistakably captivated by the possibility of Dafoe playing the Joker sometime in the not so distant future, subsequently the making of this new Batman Who Laughs banner. In the funnies, the Batman Who Laughs is a scalawag from an imaginary world who is a blend of Batman and the Joker. He has a bent storyline, and one many couldn’t imagine anything better than to see on the big screen sometime in the not so distant future. You can see the fan banner in the space beneath.

Reeves so far has stayed quiet about The Batman’s plot subtleties, yet it appears to be likely that it’s roused by another mainstream funnies run. Fans have noticed a few likenesses between Reeves’ film and the Batman story The Long Halloween, similar to the neo-noir style and the nearness of the Riddler. Many are energetic for additional updates about The Batman, and some may show up in August during DC FanDome, the virtual show that is said to have some significant updates about up and coming DC ventures.

While Pattinson and Dafoe probably won’t star in a Batman Who Laughs film at any point in the near future, it’s difficult to deny that they would make a decent Batman/Joker couple. All things considered, The Lighthouse previously demonstrated how well they cooperated, and the activity is now mostly finished with Pattinson being the following Batman. Maybe Warner Bros. should consider Dafoe for their future Joker.